Skip to content
August 4, 2013
May 26, 2013
Thanks to the really good Big Picture Blog, I’ve just discovered this really cool tool developed by the Wall Street Journal to visualise the evolution of private and public debt.
Restricting the sample to Western European countries (with Canada and the US included as reference point) and comparing the debt situation in 2001 to that in 2012, reveals some interesting patterns. The Y axis displays the level of public debt as % of GDP, the X axis private debt as % of GDP, and the size of the circles indicates the level of aggregate GDP.
First in 2001, one observes the well-documented trade-off between public and private debt: southern European countries fared worse with respect to public debt but much better in terms of private debt. Thus, among European countries the main difference is more about the distribution of debt among public and private actors than the level.

Turning to 2012, a lot of countries have seen their levels of public debt rise (note that Greece prior to the bailout reached roughly 120% of public debt in 2011 – it’s now gone down to French levels). Except for Sweden and Norway that fare much better than the rest, one continues to see an possible trade-off between public and private debt. Spain as is known faces particularly problematic levels of private debt (but note also the Netherlands and Denmark).

May 19, 2013
The missing link. Labour unions, central banks and monetary integration in Europe
Transfer (2013), 19(1): 89–101.
Bob Hancke
Summary
This article examines the problems of the single currency in light of the organization of labour relations in the Member States and their interaction with monetary policies. Continental (western) Europe consists of two very different systems of employment and labour relations, roughly coinciding with ‘coordinated market economies’ in the north-west of the continent, and ‘Mixed Market Economies’ in the south. These differences in employment relations and wage-setting systems implied that, against the background of a relatively restrictive one-size-fits-all monetary policy in place since 1999, the north-west of the continent systematically improved its competitiveness, while the south lost competitiveness in parallel. Small differences between the two groups of countries at the start of EMU thus were accentuated and, against the background of low growth and an almost closed E(M)U economy, the northern coordinated market economies accumulated current account surpluses while the GIIPS (Greece, Italy, Ireland, Portugal and Spain) ran into severe balance of payments problems in 2010 and 2011.
August 2, 2012
New paper by Jonas Pontusson and Damian Raess: “How (and Why) Is This Time Different? The Politics of Economic Crisis in Western Europe and the United States“

This article compares government responses to the Great Recession of 2008–2009 with government responses to recessions and other economic challenges in the period 1974–1982. We focus on five countries: France, Germany, Sweden, the United Kingdom, and the United States. Across these countries, we observe two broad shifts in crisis responses. First, governments have in the recent period eschewed heterodox crisis policies and relied more exclusively on fiscal stimulus. Second, tax cuts have become a more important component of fiscal stimulus while spending cuts have featured more prominently in governments’ efforts to consolidate their fiscal position. We argue that crisis responses reflect the interests and power of domestic actors as well as external constraints and the nature of the economic problems at hand.
July 30, 2012
June 8, 2012
Before the Joint Economic Committee, U.S. Congress, Washington, D.C.:
Chairman Casey, Vice Chairman Brady, and other members of the Committee, I appreciate this opportunity to discuss the economic outlook and economic policy.
Economic growth has continued at a moderate rate so far this year. Real gross domestic product (GDP) rose at an annual rate of about 2 percent in the first quarter after increasing at a 3 percent pace in the fourth quarter of 2011. Growth last quarter was supported by further gains in private domestic demand, which more than offset a drag from a decline in government spending. 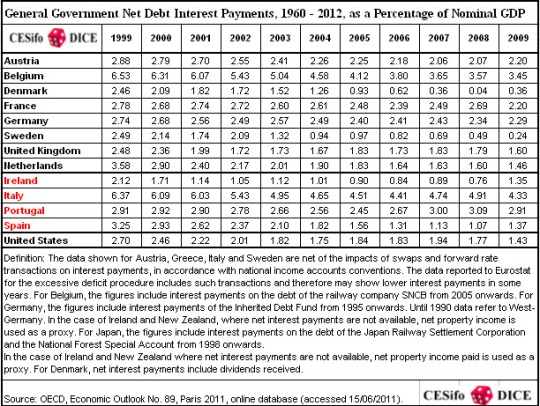