Skip to content
August 3, 2012October 6, 2013
Southern European countries that are currently facing particularly acute labour market issues have done little in terms of additional training. Italy and Spain have seen the most important increases in spending on unemployment benefits. Only Greece has stepped up spending on employment and start up incentives. 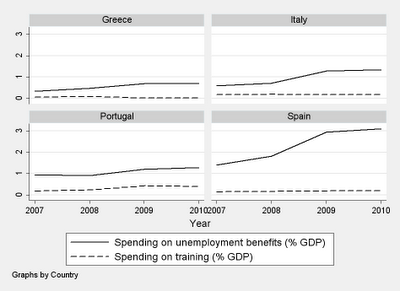 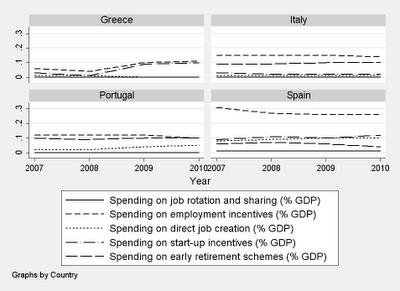 None of these countries spend anything on job rotation nor on early retirement (except for Ireland – that has actually decreased spending). Similarly, only Ireland has increased spending on direct job creation and employment incentives and now spends important amounts on these programs. 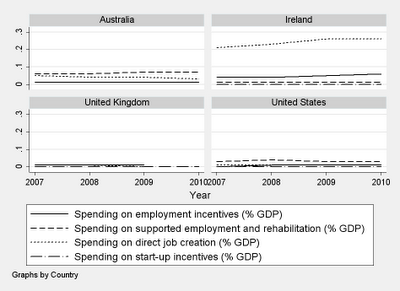 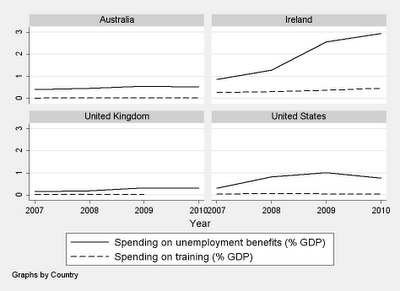 Turning our attention to other continental European countries reveals that there was not much action in Germany, while France expanded expanded spending on job creation and start up incentives. Austria and the Netherlands have not altered spending on other active labour market policies in any important ways whereas Belgium has raised spending on employment incentives.

What is striking is how little most countries have done in terms of expanding programs targeted at the unemployed, given the depth of the economic crisis. More information on these programs can be found here. 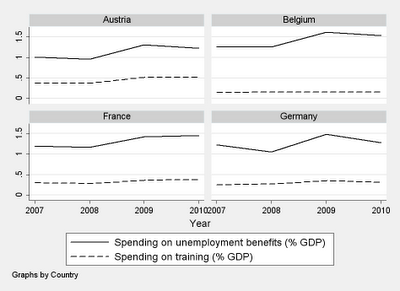 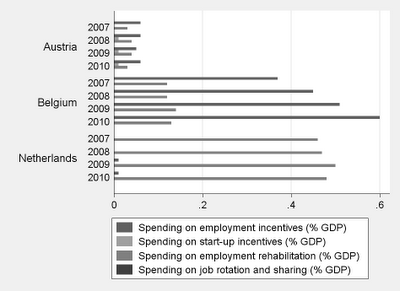 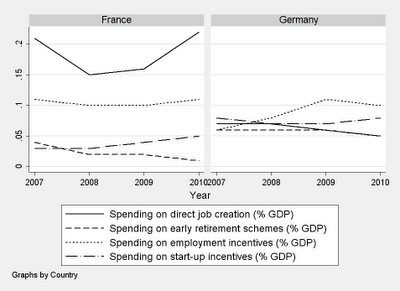